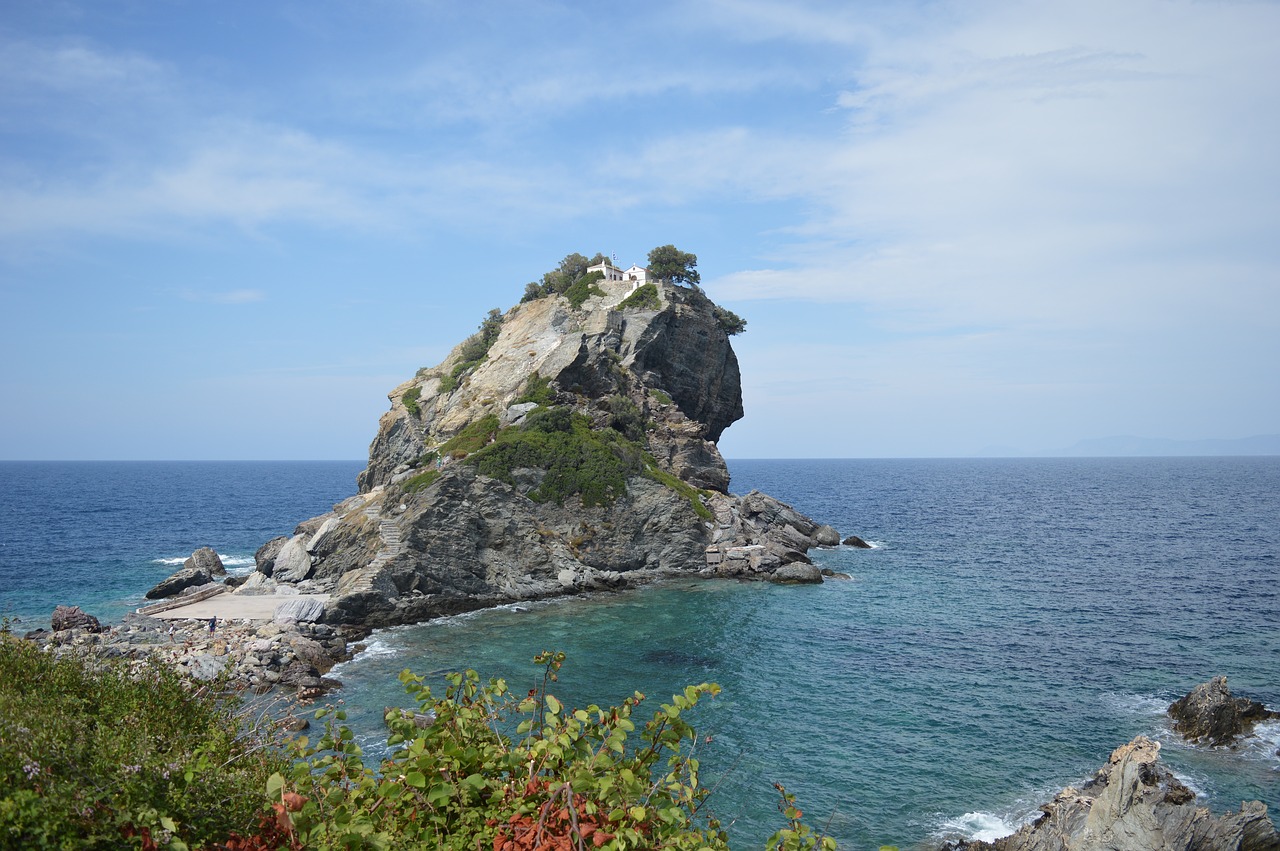 The pretty port of Loutraki
The second port in Skopelos was built upon the ruins of Ancient Selinountas and its name from the Roman baths that were once here.

The artisans
Family traditions continue in the workshops where black and red vases are shaped into figurines and miniature models of boats, cast iron knives, oil lamps, embroidery and hand-painted plates are made. These are all souvenirs with real character … unique and traditional.

Agios Ioannis Prodromos monastery: Straight out of a film
In Kastri, Agios Ioannis (once a Catholic monastery) is built at the tip of an impressive rock. Though small, its renown is worldwide thanks to the movie Mamma Mia, in which it was the setting for the wedding scene. You’ll have to climb 110 steps to get there!

What you can read next 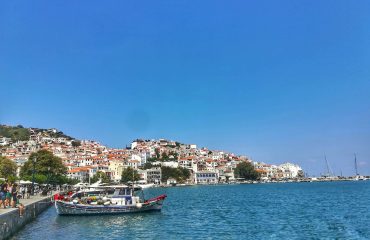 Skopelos: The island showstopper in blue and green 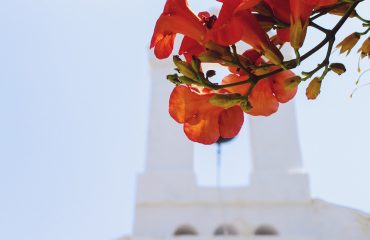 What to do on Skopelos

Experience a relaxing holiday in the heart of Skopelos. 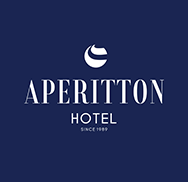 Aperitton Hotel is ideal for holidays in Skopelos! It has rooms and suites, a swimming pool with pool bar, and free breakfast and brunch. We have concierge and wellness services that will meet your every need during your trip.

You can find out more about which cookies we are using or switch them off in settings.

This website uses cookies so that we can provide you with the best user experience possible. Cookie information is stored in your browser and performs functions such as recognising you when you return to our website and helping our team to understand which sections of the website you find most interesting and useful.

Strictly Necessary Cookie should be enabled at all times so that we can save your preferences for cookie settings.

If you disable this cookie, we will not be able to save your preferences. This means that every time you visit this website you will need to enable or disable cookies again.

This website uses Google Analytics to collect anonymous information such as the number of visitors to the site, and the most popular pages.

Please enable Strictly Necessary Cookies first so that we can save your preferences!